MESSAGE FROM OUR SUPERINTENDENT

The Iroquois School District is proud to educate the students of the Wesleyville and Lawrence Park communities.

We are preparing more students to be college or career ready, with many more of our students participating in ROTC vocational programs as well as increased participation in Advanced Placement and Dual Enrollment programs.

Welcome to the Iroquois School District website. It is my hope that the information you are seeing here is helpful to you. 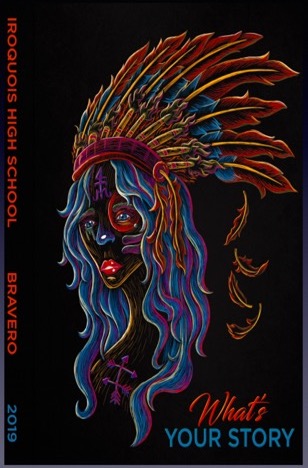 A SMALL DISTRICT WITH BIG PRIDE - WITH GOOD REASON.

THERE’S NEVER BEEN A BETTER TIME TO BECOME AN IROQUOIS BRAVE!

The District administration offices reside on the southeast corner of the elementary school building on Tyndall Avenue. Although these offices are located on the IES campus and share one common wall with the school, a separate entrance and parking lot allow the District Office to exist as a separate entity for district-level and school board business. The offices of the superintendent, business manager, personnel department, business office, pupil services director and the Iroquois School Board’s boardroom can be found at this location (800 Tyndall Avenue).

The school district is composed of two adjoining communities, both of which are suburban. Lawrence Park, one of the adjoining communities,is a first class township with a commission form of government and a population of approximately 4,310 citizens. Wesleyville, the second community composing Iroquois School District, is a borough with an elected mayor and borough council and a population of approximately 3,655 people. The population is predominately middle class with 16% of the residents being sixty-five years or older.

Even though geographically it is the second smallest school district that comprises a Pennsylvania educational system, the two communities that encompass the 2.3 square mile Iroquois School District share an unusually large church influence of all denominations. These churches all have ecumenical services and have always opened their doors for community activities. Both communities have many parks, ball fields and playgrounds with separate regulating recreation boards. Both communities have volunteer fire departments with ambulance services and separate police departments. Additionally, the Pennsylvania State Police, Troop E, and the State Police Crime Laboratory are located in Lawrence Park.